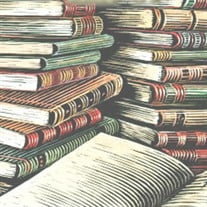 Carolyn Sue Jones, 67, of Fort Dodge, IA passed away March 17, 2019. Carolyn was born June 3, 1951 in Boone Co, IA to Lee and Goldie (Thompson) Jones. She was their third child following children Myra and Richard, and proceeding Pati and Robert. She attended Beaver School and Ogden High School, graduating in 1969. While in school she was active in 4-H and cheerleading. In 1972 she met and began dating Jeff Tiffany, and later they moved to Fort Dodge. They had one child, Jessica, before Jeff’s death. After moving to Fort Dodge Carolyn worked at Globe Union until 1981, when she decided to go to college. She graduated from Iowa Central Community College in 1984 with degrees in Psychology and Sociology. Carolyn then attended Buena Vista through ICCC and graduated in 1986 with a Bachelor degree in Psychology. While attending ICCC she met Jim Schoenfisch and they lived together until his death in 1989. It was during this time she also became a victim advocate for rape and domestic abuse victims, a position she was proud of and held until the mid-90's. After Jim’s death she became an employee at ICCC, first as a tutor then later as an adjunct faculty member teaching in the Criminal Justice program until she retired in 2016. Along with being “Grammy” to her three grandchildren Carolyn enjoyed photography, reading, collecting old books, being part of nature, attending rock concerts, and travelling. She shared all these hobbies with her daughter and/or grandchildren. She is survived by her daughter Jessica Tiffany, grandchildren CJ, Cassie, and Caiden. Her siblings Myra Shadle, Richard Jones and his children Tony Jones and Tari (Marshall) Baker, Pati Bartholomew and her children Alyssa (Curt) Hunt and Tanner (Michelle) Bartholomew, and Robert (Lisa) Jones and their children Dustyn (Brandon) Keepers and Julian (Whitney) Jones. Other survivors include Jeff’s brother Andy Kaufman and his children Tony (Amber) Moore and Jeff (Kylie) Moore, and 9 great nieces and nephews, many cousins and friends. Carolyn was proceeded in death by her parents Lee and Goldie Jones, partners Jeff Tiffany and Jim Schoenfisch, niece Brenda Shadle, and great nephew Harley Moore. A celebration of life service will be held at Gunderson Funeral Home in Fort Dodge, IA on Saturday April 6 from 2 – 4 pm. In lieu of flowers the family is asking people to consider making donations to their local libraries, local animal shelters, or local women/family crisis centers.

The family of Carolyn Sue Jones created this Life Tributes page to make it easy to share your memories.

Send flowers to the Jones family.