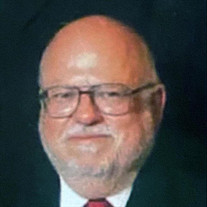 Charles L. Johnson, 81, of Fort Dodge, died Sunday, November 7, 2021, at Simpson Health Center. Cremation rites will be accorded with Gunderson Funeral Home & Cremation Services. The family will greet friends from 1:00 to 3:00 p.m. Sunday, November 14, at Gunderson Funeral Home & Cremation Services. Charles Johnson was born July 12, 1940 in Moline, Illinois to Orval and Lina (Wheeler) Johnson. He was a 1958 graduate of Moline High School, and went on to earn his teaching degree at Coe College in Cedar Rapids, IA, graduating in 1962. In the fall of 1962 he accepted his first English teaching position at Newton High School, while also acquiring his Masters degree in the summer of 1966 while attending Western State College of Colorado (Gunnison). Charles married Marilyn (Vander Schel) Johnson on June 4, 1966, and they moved to Fort Dodge, Iowa the following year. This was the beginning of Charles' 34 year tenure as an English professor at Iowa Central Community College (1967-2001). Whether known by Mr. Johnson, Charles, Chuck, or Charlie, he spent his early years at ICCC with his many friends and coworkers in the “bullpen”. Charles spent all of his 34 years at Iowa Central investing his time in the cultural aspects of the educational experience, including continual and constant support of the arts and athletics. He and Marilyn and their children were often to be found at any number of Iowa Central events. After his retirement from ICCC, Charles became a substitute teacher’s aide for the Fort Dodge Community School District from 2001 to approximately 2017. During his time as an aide, he especially loved working with preschool and special education teachers and students. Charles' “second home” was Sebago Resort in Nisswa, Minnesota. From his first family trip there in 1974, and every year subsequently through the remainder of his life, many of his extended relationships were built. Charles and his family spent entire summers there managing the resort from 1988-1994, and one of his favorite activities was sharing the resort experience with his children and grandchildren. Charles enjoyed his later years traveling with Marilyn, experiencing the joy of laughter with his grandchildren, and supporting the many endeavors of his son’s and their children. He could often be found still attending ICCC events, enjoying a book, giving himself cultural experiences, donating to various charities that strove to help others, and sitting near the bench “cheering” on one of his son’s volleyball teams. With his sons John, Tyler, and Matthew all being coaches, and the former working in schools and the latter two also being teachers, we can only believe that through Charles’ and their shared experience in education he has had some measure of influence on thousands of lives. Charles was preceded in death by his parents Orval and Lina Johnson. Charles is survived by his wife, Marilyn Johnson, and his sons and their wives; John and Lindsey Johnson (Fort Dodge), Tyler and Melanie Johnson (Saint Ansgar), and Matthew and Wendy Johnson (Cedar Falls). He is also survived by his grandchildren: Alexis, Marissa, Raegan, Reid, Eastyn, and Royce. In lieu of a memorial, as Charles was an avid giver, please give to a charity of your choice that helps others.

The family of Charles Lee Johnson created this Life Tributes page to make it easy to share your memories.