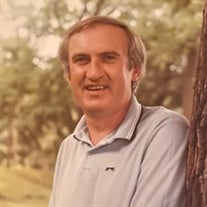 Harvey Joel Eernisse, age 80, passed away on Friday, February 11th, 2022. Harvey was born in Leota, Minnesota on September 13th, 1941, to his parents Jake and Ruth Eernisse. He attended Edgerton Public Schools and received a degree in Pharmacy from South Dakota State University in 1963. He was a member of the Air National Guard. He married his beloved wife and partner in crime, Rose, on August 20th, 1966. Working as a pharmacist for his entire career, he owned and operated the Clinic Pharmacy in Fort Dodge, Iowa for over 25 years. Harvey enjoyed golfing, spending time at the lake, socializing with friends and family, watching sports, playing Jeopardy, sarcasm, and drinking a beer (or two). He is survived by his wife, Rose Eernisse, children Jim (Jodi) Eernisse and Pam Eernisse (Brent Smith), grandchildren Jacob (Elliot), Dani, Landon, and Addi Eernisse, and sister Jan (Arnie) Graphenteen. He is preceded in death by his parents Jake and Ruth Eernisse. A service will be held on Wednesday, February 16th at 12:30pm at Good Shepherd Lutheran Church, and a Celebration of Life will follow. In Lieu of Flowers memorials may be left to the discretion of the family.

The family of Harvey Joel Eernisse created this Life Tributes page to make it easy to share your memories.

Send flowers to the Eernisse family.