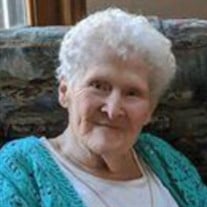 Jeannette Marie (Tappe) Niemier, 81, of Fort Dodge passed away on Thursday, February 3, 2022, at Friendship Haven. Services will be at 11:00 AM on Sunday, February 6, 2022, at the Gunderson Funeral Chapel. Visitation will be from 10:00 AM until the time of services on Sunday at the Gunderson Funeral Home in Fort Dodge. Jeannette is survived by her three children Rodney (Cindy) Niemier, Jason Niemier, and Brenda McNealey (Jim Egemo) all of Fort Dodge; nine grandchildren, Adam Niemier, Kyle Niemier, Ryan Hudson, Joel (Jessica) Hudson, Mikayla Peters, Keaton McNealey, Brady McNealey, Madison McNealey (Tim Young), and Emily Weihs and five great-children. She is also survived by her three sisters, Marolyn Sindlinger of Des Moines, Carolyn Byars of Wichita Falls, Texas, and Lila Palmer of Harcourt and her brother, Richard (Phyllis) Tappe of Sioux Falls, South Dakota. Jeannette Marie (Tappe) Niemier, the daughter of Albert and Vera (Hamilton) Tappe, was born June 26, 1940, in Butte, Nebraska and graduated in 1958 from St. Edmonds High School in Fort Dodge. After graduating from high school, she attended college in San Diego, California. After moving back to Fort Dodge, she married Dale Niemier. The couple made their home in Fort Dodge where they raised their three children. Jeannette worked at the family-owned photography studio, Dale F Niemier Studio, which was known for taking great wedding, graduation, and family photos. She worked as the head banquet waitress at the Colonial Inn Restaurant for nine years catering large events and weddings. When her first grandchildren were young, she started an in-home daycare where she cared for her grandchildren and children of several local families. During this time, she became known by her nickname “Nanny” to all the children she cared for. Almost 20 years later, after her youngest grandson turned nine, she returned to working outside of the home. She worked in the Nestle company store from 2009 until her retirement in 2014. Jeannette loved cooking large family meals, sewing, spending time with her grandchildren, and camping at Okoboji and Twin Lakes. She loved to travel and made trips with family to Nevada, Texas, Colorado, and Florida.

Jeannette Marie (Tappe) Niemier, 81, of Fort Dodge passed away on Thursday, February 3, 2022, at Friendship Haven. Services will be at 11:00 AM on Sunday, February 6, 2022, at the Gunderson Funeral Chapel. Visitation will be from 10:00 AM... View Obituary & Service Information

The family of Jeannette Marie Niemier created this Life Tributes page to make it easy to share your memories.

Send flowers to the Niemier family.