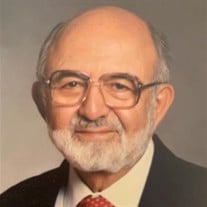 DR. JOHN SEAR, age 92, of Fort Dodge, Iowa, passed away on July 4, 2019. Born October 4, 1926, in Spring Valley, Illinois, and raised in Fort Dodge, Dr. Sear—or Doc as he was known to his friends—graduated from Fort Dodge Senior High in 1944. After high school, he was immediately drafted into the Navy as World War II was coming to an end. Upon discharge from the Navy in June 1946, and as a beneficiary of the GI Bill, he enrolled at Drake University to study pharmacy but quickly realized medicine was his calling. He then transferred to the University of Iowa, earning his medical degree in 1952. Upon completion of his internship in 1953 at City Hospital in Cleveland, Ohio, he opened his medical practice in Alden, Iowa. He was again drafted in 1954, this time into the Army. Although Congressman H.R. Gross offered to help him obtain a deferment to allow him to continue serving his patients in Alden, Dr. Sear declined, choosing instead to answer the call of duty a second time. While stationed at Fitzimmons Army Hospital in Denver, Colorado, he fell for Dorismae Farnan, the secretary for the Chief of Surgery. They married in 1956 and spent the next 59 years together until she passed away in 2015. After discharge from the Army, he returned to Alden, where he practiced until 1975. From 1975 to 1977, he served in the United States Indian Health Service in Sisseton, South Dakota. After completing his work there in 1977, he returned to his childhood home of Fort Dodge, building a thriving solo medical practice while also serving the low-income community until he retired in 1989. Nothing was more important to Dr. Sear than his family. He was one of 11 children. As his parents, brothers, and sisters grew older and faced life’s challenges, Dr. Sear was there for them—supporting them, uplifting them, and doing everything he could to enrich their lives. Above all else, Dr. Sear was unconditionally devoted to his beloved wife Dorismae and their five children Jim, Nancy, Mike, Sandy, and John. While he provided his family with everything from a comfortable home to college educations, he gave them so much more. He taught his children the value of hard work, honesty, and responsibility. He taught his children humility. But most importantly, he taught his children, through his marriage to Dorismae and the way he lived his life, what it takes to build an enduring marriage built upon a foundation of love and selflessness and what it means to be a husband, a father, and a man. Dr. Sear was predeceased by his parents Elias and Zelda Sear, his ten siblings, wife Dorismae, and daughter Nancy (Sear) Iatarola, and survived by daughter Sandra (Sam) Belvedere, sons Dr. James (Kathy), Michael, and John (Amber), ten grandchildren, and two great grandchildren. Visitation will be held Friday, July 12, 2019, from 5-7 p.m., at Gunderson Funeral Home, 1615 North 15th Street, Fort Dodge, Iowa 50501, (515) 576-7128, with funeral services held Saturday, July 13, 2019, at 10:30 a.m., at Tompkins Celebration Center at Friendship Haven, 420 Kenyon Road, Fort Dodge. Full military honors will be conducted at North Lawn Cemetery with the VFW Post #1856 and the Iowa Army National Guard. Light lunch will be served at the Celebration Room following burial. The family requests any gifts of remembrance in lieu of flowers be made to Friendship Haven, which has supported the family for decades with grace and kindness.

The family of Dr. John Sear created this Life Tributes page to make it easy to share your memories.

Send flowers to the Sear family.