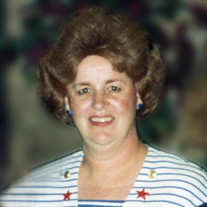 Judith Kay Buehler, 74, of Manson, Iowa, passed away on Sunday, July 14, 2019 at the MercyOne Select Specialty Care Hospital in Des Moines, Iowa. Services will be held at 6:00 PM on Thursday, July 18, 2019, at the Gunderson Funeral Chapel with a Nurses Honor Guard Service at that time. Visitation will be from 5:00 PM to 6:00 PM on Thursday at the Gunderson Funeral Home and Cremation Services in Fort Dodge. Burial will be held at 8:30 AM on Friday at the North Lawn Cemetery in Fort Dodge. Judith Kay Harmon, the daughter of Peter and Pearl (Finn) Harmon, was born on October 17, 1944, in Iowa Falls, Iowa. She graduated from Rockwell City High School in 1962. In 1963, Judy married Stanley Buehler and to this union they had a son, Troy. The couple later divorced. Judy attended Beauty School in Fort Dodge and later was co-owner of the Fashionette Beauty Salon in Fort Dodge with her sister, Sharon Geerdes, for several years. Judy later started attending Nursing College at ICCC. After graduating from Nursing College she worked as a nurse her entire adult life in the Webster and Calhoun County areas. She retired from nursing in 2014 but continued with her nursing continuing education and was currently holding on to her nurse’s license up until the time of her death. Judy was known for her fun loving attitude, her sense of determination, her love of horses, animals, county music, and her passion for late nights and early mornings spent in casinos. Judy is survived by her sister Sharon (Allen) Geerdes of Fort Dodge, her brother Lawrence (Patricia) Harmon of Martin, Tennessee, and a dear special friend, Barb McNeil of Fort Dodge. Her nieces and nephews Matt Geerdes and Marc Geerdes both of Arizona, Jana (Robert) Taylor of Illinois, Jon (Elizabeth) Harmon of Iowa, Michelle (Mark) Pitts of Kentucky and Peter (Saskia) Harmon of Tennessee. Judy is preceded in death by her parents, her son Troy Buehler in 2017 and her brother Douglas Harmon. Memorials may be left to the discretion of the family.

Judith Kay Buehler, 74, of Manson, Iowa, passed away on Sunday, July 14, 2019 at the MercyOne Select Specialty Care Hospital in Des Moines, Iowa. Services will be held at 6:00 PM on Thursday, July 18, 2019, at the Gunderson Funeral Chapel with... View Obituary & Service Information

The family of Judith Kay Buehler created this Life Tributes page to make it easy to share your memories.

Send flowers to the Buehler family.