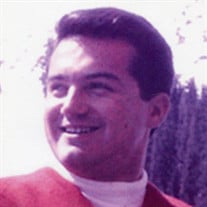 Macey (Mace) Irving Shapiro was born in Plattsburgh, New York on November 28th, 1935. He is survived by his daughters Laura Beth Shapiro-Dean of Louisiana, Victoria O’Donnell of Illinois, Gina Redina of Illinois, Ritalee (Ree) Shapiro of Iowa and his son Macey (Butchie) Shapiro of Alaska. He is survived by 10 grandchildren, 17 great grandchildren and 3 great great grand children. Mace’s early years included forays throughout the country with his father who was a professional wrestler known as “The Mighty Atlas” or Morris Shapiro. Mace attended Mount Assumption High School (MAI) in Plattsburgh, NY, close to the birth place of his mother, Rita Aubrey of Rouses Point, NY. While at MAI Macey met the beautiful Leona Gload. Leona would become Macey’s wife and bore him four children. Macey and Leona had two children in Plattsburgh, Macey and Rita (Ree). Gina and Vicky were born in Chicago. Macey continued his education in Chicago graduating from Northwestern University with a Bachelor’s Degree in Education teaching grade and high school initially. After internships at IBM and CIBA pharmaceutical, Macey moved on to teaching sports. Scuba diving and skiing were his passions. Mace became a Professional Ski Instructors of America (PSIA) Certified Instructor and Examiner. He also became a YMCA certified scuba instructor (before NAUI and PADI existed). His passions and free spirit led him to Colorado where he met the intelligent and beautiful Jana Dean. Jana had Mace’s fifth and final child Laura Beth. In Colorado Mace moved about and worked ski schools in Aspen and Winter Park as well as running two restaurants, one in Grand Lake, Colorado and one in Winter Park, Colorado. In Mexico Mace found solace in a small gated community in San Carlos, Mexico that kept him close to his beloved ocean and his scuba diving and fishing passions. Mace would move between Tucson, a beloved City his mother loved, and Mexico for over 30 years. Ultimately, Mace began to suffer from dementia and the debilitating Lewy Body Dementia. Initially his daughter Ree brought him to an assisted living facility in the outskirts of Chicago but he was finally moved closer to Ree in Iowa where he breathed his last breath. Final Thoughts: Mace will be remembered by friends and family as a free spirit who did what he loved. He was as comfortable around good friends as he was around family. He is over there now, skiing deep pow and catching massive wahoo!

The family of Macey (Mace) Irving Shapiro created this Life Tributes page to make it easy to share your memories.

Send flowers to the Shapiro family.