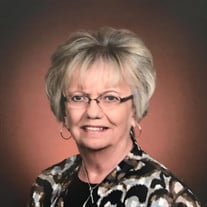 Marilyn (Nelson) Wingerson, of Fort Dodge, passed away at the Paula Baber Hospice Home in Fort Dodge on the morning of November 29, 2021. Funeral services will be Friday, December 3, at St. Olaf Lutheran Church at 11 a.m. Luncheon to follow at the church. Visitation will be on Thursday, December 2, from 5-7 p.m. at Gunderson Funeral and Cremation Services. Masks are encouraged for the visitation and service. Burial will be a private family service at Union Cemetery in Humboldt, Iowa. Memorials may be left to Unity Point Hospice of Fort Dodge and St. Olaf Lutheran Church of Fort Dodge. Marilyn (Nelson) Wingerson the daughter of Soren (Sam) and Maren (Larsen) Nelson was born on a farm in rural Humboldt County in Weaver Township on March 20, 1941. She was the youngest of 15 children. She was a long-time resident of Fort Dodge, Iowa. She attended country schools in the Gilmore City area, mainly in Weaver Township #5, and graduated from Humboldt High School in 1959. Following high school, she went to Tobin Business College in Fort Dodge. She worked at S&M Finance Company. Following that employment, she went to work at Coats company in Fort Dodge staying there until the company moved out of state. Her last place of employment was at Celotex. Being the youngest of 15 children. She was very family-oriented. She was a devoted aunt and grandmother, and she loved all her grandchildren and her nieces and nephews immensely. She had a wonderful sense of humor. She loved teasing all the younger kids. There were always weekly family gatherings, and she enjoyed every moment that we were all together. She was a long-time member of St. Olaf Lutheran Church in Fort Dodge. She was united in marriage to Harold Wingerson of Fort Dodge on November 19, 1994. She is survived by her husband of 27 years, Harold of Fort Dodge. Also left to cherish her memory are Harold’s four children, Tammy, Terry, Tracy, and Tim, a brother Kenneth Nelson of Humboldt North Care Center and sister-in-law, Marion Nelson at the Bickford Cottage in Fort Dodge. She has 10 grandchildren, 13 great-grandchildren and many nieces and nephews. Her and Harold spent their time together traveling all over the United States, Canada and Hawaii, frequently visiting Branson, Missouri and they went on a Caribbean cruise. Marilyn was preceded in death by her parents, Sam and Mary Nelson, Harold’s son Tim, her brothers, Marvin, Russell, Harley Madsen, Norman, Sam Jr. and Merlin Nelson, sisters, Elnora Nelson, Verena McDowell, Bernice Kleve and Arlene Sherman. She was also preceded in death by two brothers: Edwin and Alvin and one sister, Wilma who all died in infancy.

Marilyn (Nelson) Wingerson, of Fort Dodge, passed away at the Paula Baber Hospice Home in Fort Dodge on the morning of November 29, 2021. Funeral services will be Friday, December 3, at St. Olaf Lutheran Church at 11 a.m. Luncheon to follow... View Obituary & Service Information

The family of Marilyn Joan Wingerson created this Life Tributes page to make it easy to share your memories.

Marilyn (Nelson) Wingerson, of Fort Dodge, passed away at the...

Send flowers to the Wingerson family.