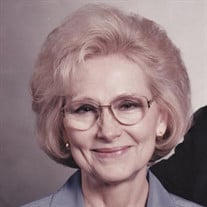 Norma Grady, 88, of Fort Dodge, passed away on Thursday, November 19, 2020 at UnityPoint Health Trinity Regional Medical Center in Fort Dodge. Private services will be 1:00 PM on Saturday, November 21, 2020 at the Gunderson Funeral Chapel with burial in the Chapel of Peace Mausoleum at North Lawn Cemetery. Visitation will be from 12:00 PM to 1:00 PM on Saturday at the Gunderson Funeral Home and Cremation Services. She is survived by her two children, Bill (Laura) Grady and Jan (Lance) Tepfer both of Fort Dodge; granddaughters, Jennifer Tepfer and Melissa (Travis) Crouse; step-granddaughter, Megan Fahy; great grandchildren, Chase Tepfer, Jaylen Hynes, Brooklynn Hynes, Keylee Tepfer, Kellin Crouse and Khloe Crouse. She is also survived by her two sisters, Lorraine Guthrie and Phyllis O’Brien. She is preceded in death by her parents, her husband Bud in 2002, and her two brothers, Harlen and Bernard Julius. Norma Julius, the daughter of Joseph and Anna (Stanek) Julius, was born February 22, 1932, in Blue Earth, Minnesota. Norma graduated in 1950, form Fort Dodge Senior High School and then attended Tobin Business College. On March 22, 1953, Norma was united in marriage to Walter “Bud” Grady. Norma was a part time ballroom dance instructor at the Lee Dance Studio. She worked as a secretary for United State Gypsum for 6 years before she began working at the Fort Dodge Laboratories Norma later worked for the Loyal Protective Life Insurance Company as their office manager for 10 years before she moved to the Provident Mutual Life Insurance Company as their office manager. From February 1982 until July of 1999, Norma was employed at the Stark, Crumley & Jacobs Law Firm as their secretary. Norma was a member of First United Methodist Church and Aurora Chapter of Eastern Star.

The family of Norma A. Grady created this Life Tributes page to make it easy to share your memories.

Norma Grady, 88, of Fort Dodge, passed away on Thursday, November...

Send flowers to the Grady family.