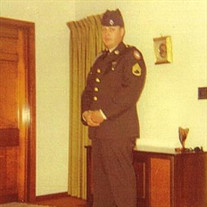 Phillip H. Ladlie, 78 of Fort Dodge, Iowa, passed away May 14, 2020 at the Paula J Baber Hospice Home in Fort Dodge, Iowa. There will not be a memorial service per his wishes. Arrangements have been entrusted to the Gunderson Funeral Home and Cremation Services in Fort Dodge. Phillip was born October 31, 1941, in Albert Lea, Minnesota. His parents were Henry and Myrna. He had one brother, Curtis. Phillip spent a great part of his life in the Albert Lea and surrounding area. After finishing his education, he had a variety of careers in different areas. He was a member of the National Guard from 1965 to 1972 in both Minnesota and California. While living in Minnesota, he was an avid hunter and sportsman. He and his friends made several deer hunting trips to Wyoming and fishing trips on many of Minnesota’s ten thousand lakes. They also drove an RV to Alaska to deliver a Winnebago. He started driving trucks for Matson, Bray and Ace Truck Lines during this time. He went to school for TV repair and opened a repair shop in the Minneapolis area for a few years. After a bad accident in Colorado where he was nearly killed by a drunk driver, his career turned in a different direction once again. During his long battle recovering from his injuries, he went to work for Wilson Certified Express as a dispatcher whose office was next to the Standard Truck Stop. From there he took a traffic manager position with Landy Packing in Eau Claire, Wisconsin. He later became the traffic manager at Huron Dressed Beef in Huron, South Dakota. Then he came across another fork in the road and he and his wife at the time bought a restaurant in Glenville, Minnesota. While running the bar he still had the trucking bug and decided to buy a truck and haul grain locally. Always the entrepreneur at heart, he grew that one truck into a small fleet from the late 70’s to the middle 80’s based In Albert Lea. In 1985, he split with his partner and went to another trucking company, Fitzsimmons in Waseca, as a salesman. In 1987, his path led him to Ft Dodge as head of sales for Decker Truck Lines. He stayed there till his retirement in 2005. After his retirement, he then moved to Omaha for a short period before going to his favorite place in the world, Florida. He stayed in Florida till 2019 when he had to return to Ft Dodge for health reasons. He is survived by his son Darin (Sara) Ladlie, daughters, Debra (Dan) Korb and Ashley Ladlie; grandchildren, Anastasia, Ryan, Heather (Joshua), Jacob (Morgan) and Adam; great grandchildren, Isabella and Connor. Phillip was preceded in death by his parents, Henry and Myrna, brother Curtis, son Troy and daughter April. Memorials may be directed to Paula J Baber Hospice Home in Ft Dodge.

Phillip H. Ladlie, 78 of Fort Dodge, Iowa, passed away May 14, 2020 at the Paula J Baber Hospice Home in Fort Dodge, Iowa. There will not be a memorial service per his wishes. Arrangements have been entrusted to the Gunderson Funeral Home... View Obituary & Service Information

The family of Phillip H. Ladlie created this Life Tributes page to make it easy to share your memories.

Send flowers to the Ladlie family.