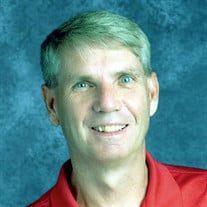 Despite enduring his cancer for over 17 years, Rich Newman of Fort Dodge passed away at his home surrounded by his family on February 9th at the age of 60. Rich was born on May 5, 1960 in Clarion to Stanley and Beverly Newman. His first home was a farm in rural Woolstock with four big brothers. The family moved to the Mason City area in 1961, and then to Fort Dodge in 1969. He graduated from Fort Dodge Senior High School in 1978 and Iowa Central Community College in 1980. He married Michele (Flannery) Newman in 1980. Over the following decade, Rich and Michele welcomed four children into their home. At the same time, he began his 29-year career with the Fort Dodge Fire Department and founded Newman Construction, which he operated for over 35 years. Over the years, Rich built four homes for his family from the ground up. In recent years, he expanded his operations to include NewCo Storage. To stay busy after retiring from firefighting, Rich began to drive a school bus for the Fort Dodge school system. Rich immersed himself into several hobbies. He spent many years rebuilding, racing, and cruising his cars and trucks. Rich also loved boating with his family so much that he established a summer home at Lake Okoboji. As often as possible, he traveled to and with his family, often cruising the Carribean with elite status earned over many years. Above all, Rich was devoted to his family in many ways: crawling on the floor with grandbabies, teaching drywall repair, leading family vacations… Rich believed that family comes first! Rich is survived by his loving wife Michele; four proud children and their spouses (and their children) Michael and Katie Newman (grandchildren Elias, Lincoln, and Allegra) of Erie, CO, Matthew and Maria Newman (grandchildren Lucas and Josephine) of Thornton, CO, Nicole and Paul Anderson (grandson Reid) of Castle Pines, CO, and Natalie and Tyler Beshaw of Commerce City, CO; four protective brothers and their wives Charles and Chris Newman of Floyd, Mark and June Newman of Garner, Randy and Gina Newman of Miramar Beach, FL, David and Teresa Newman of Ankeny; his favorite mother-in-law Marjorie Flannery; and numerous adored in-laws, nieces, and nephews. He is preceded in death by his parents Stanley and Beverly Newman and his father-in-law Larry Flannery. The visitation will be held at Holy Trinity Parish on February 12th from 4pm to 7pm. A funeral Mass will also be held at Holy Trinity Parish on February 13th at 10:30am. In lieu of flowers, please consider making a donation to the Holy Trinity Parish. “Although his flame has gone out, his home remains warm.”

Despite enduring his cancer for over 17 years, Rich Newman of Fort Dodge passed away at his home surrounded by his family on February 9th at the age of 60. Rich was born on May 5, 1960 in Clarion to Stanley and Beverly Newman. His first home... View Obituary & Service Information

The family of Richard R. Newman created this Life Tributes page to make it easy to share your memories.

Despite enduring his cancer for over 17 years, Rich Newman of...

Send flowers to the Newman family.