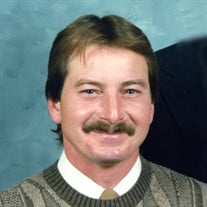 Richard William Tinto II, 70, of 1751 N. 14th St. in Fort Dodge. Our beloved husband and father died, Friday, March 11, 2022, at the University of Iowa Hospital & Clinics in Iowa City. A time of gathering for family and friends will be from 4:00 PM to 7:00 PM on Thursday, March 17, 2022, at the Gunderson Funeral Home & Cremation Services in Fort Dodge. Richard William Tinto II, the son of Richard and Virginia Ruth (Snider) Tinto, was born March 14, 1951, in Columbus Ohio. He was a 1969 graduate of Fort Dodge Senior High and he later attended ICCC where he met Dorothy Wickman Hoover. The couple married three years later, on New Year’s Eve of 1972 and made their home in Fort Dodge. Richard Served in the Iowa National Guard for six years. Richard worked at Beier Glass until 1976, Swanson Glass in Fort Dodge for many years then later at Webster Glass. In the fall of 1997, Richard started at the Fort Dodge Correctional Facility and worked for 22 years before he retired in 2019. Richard was an exceptional man among men. A great husband and father to his wife and to all his children. Richard could never be replaced in Dorothy’s or his son Richard’s life. Dorothy will love him to her demise. He will be sorely missed by all. He was preceded in death by his mother, Virginia Ruth and stepfather William S. John. He is survived by wife, Dorothy; his son, Richard Tinto III of Fort Dodge and his stepchildren, Louis Hoover, Verl Hoover and Robert Hoover; two grandchildren, Kolten Tinto and Richard Tinto IV; his father, Richard Tinto I of New Lexington, Ohio; six siblings, Steve Tinto of Somerset, Ohio, Vicky Benson and Lennie Benson both of Riverside, California, Kathy McWhorter (Randy) of Mansfield, Ohio, William John (Theresa) of Cleveland, MN and Wendy O’Donnell of Iowa City; and many nieces and nephews.

Richard William Tinto II, 70, of 1751 N. 14th St. in Fort Dodge. Our beloved husband and father died, Friday, March 11, 2022, at the University of Iowa Hospital & Clinics in Iowa City. A time of gathering for family and friends will be from... View Obituary & Service Information

The family of Richard William Tinto II created this Life Tributes page to make it easy to share your memories.

Send flowers to the Tinto family.