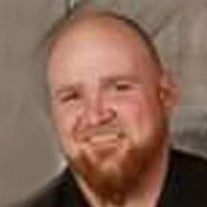 Richard D. Turnham, 46, of Fort Dodge, died Tuesday, July 27, 2021, at UnityPoint Health – Trinity Regional Medical Center. A service honoring Richard’s life will be Saturday, August 7, at 2:00 p.m. at the Gunderson Funeral Chapel with the Rev. David Barton officiating. Arrangements have been entrusted to Gunderson Funeral Home & Cremation Services. Richard is survived by his wife Sarah; their children, Alexa and Jasper, both at home; his siblings, Angie (Chris) Craig, Pilot Mound; Christina (Frank) Vega, Corey (Brandi) Rasberry, Thomas (Tracy) Turnham, Timothy Turnham, Kelly Turnham, Laura Turnham Martin, Jessica Turnham Howell; and his stepmother Debra Turnham, all of Texas; along with many nieces and nephews. He was preceded in death by his parents, his aunt Debbie Westphalen and his cousin Amanda Willaby. Richard Dale Turnham, the son of Alfred and Donna (Posey) Turnham, was born June 7, 1975, in Longview, Texas. At the age of six, Richard was featured in an article in the newspaper telling the story of how he saved the life of his younger brother, Corey, when Corey was seriously injured in a fire. Richard was his baby brother’s hero! He attended schools in Webster City. On April 30, 2010, Richard was united in marriage to Sarah Messerly in Fort Dodge. Richard was employed at George’s Diner and Burger King. He received degrees in automotive maintenance and body repair from Iowa Central Community College. Richard enjoyed drawing, working on cars and especially treasured time spent with his family.

The family of Richard D. Turnham created this Life Tributes page to make it easy to share your memories.

Send flowers to the Turnham family.