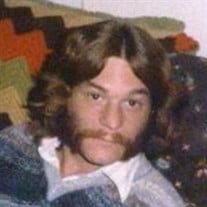 Rodney Lee Vesey, 66, of Dakota City, passed away on Tuesday, February 22, 2022, at his sister’s home in Fort Dodge. A Celebration of Life for Rodney will be held at a later date. The Gunderson Funeral Home & Cremation Services are in charge of arrangements. Rodney Lee Vesey, the son of James E. Vesey Sr. and Margaret (Eslick) Vesey, was born November 22, 1955, in Fort Dodge. Rod attended the Fort Dodge Public School and graduated in 1973 from the Bricklayers & Allied Craftworkers Local 3 Iowa. Rodney enlisted into the United States Marine Corp in 1974 and received his honorable discharge in 1976. Rod worked as a bricklayer for 41 years before he retired. Rod took great pride in maintaining his yard and as a mechanic. He also enjoyed shooting a game of pool, fishing and loved spending time with his family and his grandkids. Rod will be remembered as always willing to help friends with whatever they needed. Rodney is survived by his mother, Margaret Vesey of Fort Dodge; his four children, Jessi (Luis Orta) Jose of Humboldt, Tina Lee of Portland, Oregon, Kaitlyn Vesey and Dylan Vesey both of Indiana; nine grandchildren, Manuel, Elijah, Alondra, Julianna, Ty, Malaki, Kendra, Bentley, and Tobias; three sisters, Gwen Greer of Fort Dodge, Shirley Dickerson of Fort Dodge and Mary (Amby) Johnson of Clinton, Iowa and his brother, James Vesey Jr. of Fort Dodge; his dog Bubba; and numerous nieces and nephews. Rodney is preceded in death by his father, James E. Vesey Sr. and his sister, Tamara Louise Taylor. He is also preceded in death by the love of his life, Alyce, who he will be laid to rest next to. In Lieu of Flowers memorials may be left to the discretion of the family.

Rodney Lee Vesey, 66, of Dakota City, passed away on Tuesday, February 22, 2022, at his sister&#8217;s home in Fort Dodge. A Celebration of Life for Rodney will be held at a later date. The Gunderson Funeral Home & Cremation Services are in... View Obituary & Service Information

The family of Rodney Lee Vesey created this Life Tributes page to make it easy to share your memories.

Rodney Lee Vesey, 66, of Dakota City, passed away on Tuesday,...

Send flowers to the Vesey family.