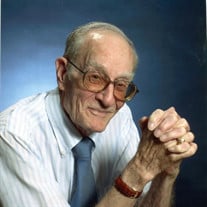 Roger Lee Fevold, 94, of Badger, passed away on Tuesday, March 10, 2020 at the Marian Home in Fort Dodge. Services will be 10:30 AM on Friday, March 13, 2020 at the Badger Lutheran Church with Rev. Scott Meier officiating. Burial will be in the Blossom Hill Cemetery with full military honors conducted by the United States Marines and the VFW Post #1856. Visitation will be from 4:00 PM to 6:00 PM on Thursday at the Gunderson Funeral Home and Cremation Services. Roger Lee Fevold, the son of Myron and Grace (Kelly) Fevold, born Dec. 18, 1925 at Vincent, Iowa. Roger graduated high school in May of 1944 and was ordered to report for induction in the service on June 30, 1944. Roger served with the 2nd Marine Division during WWII and was discharged on August 14, 1946. Roger remained with the reserves and was called to Duty in Korea and was honorably discharged in March of 1949, with the rank of Corporal. Roger was in the invasion of Okinawa, Occupation of Japan, and was stationed in Nagasaki. Roger was united in marriage to Ruth Hilton Groat on August 30, 1969, celebrating 29 years of marriage. Roger was a lifelong resident of Webster County and member of the Badger Lutheran Church. Roger was an active member of his church throughout his life. He served as Mayor of Badger, was a volunteer with the Badger Fire Department, treasure of his church and past president of the library and senior citizens. He is survived by a stepson Fritz (Joanne) Groat of Clare, daughter-in-law Judy Groat of Badger and a sister-in-law Beverly Rabbitt of Conrad, Iowa. Also many grandchildren, great grandchildren and great great grandchildren. Roger was preceding in death by his wife Ruth on April 7, 1998, his parents, brother Harold, sister Eileen Spence, stepsons Lanny, Doug, and Gary Groat.

Roger Lee Fevold, 94, of Badger, passed away on Tuesday, March 10, 2020 at the Marian Home in Fort Dodge. Services will be 10:30 AM on Friday, March 13, 2020 at the Badger Lutheran Church with Rev. Scott Meier officiating. Burial will be in... View Obituary & Service Information

The family of Roger Lee Fevold created this Life Tributes page to make it easy to share your memories.

Roger Lee Fevold, 94, of Badger, passed away on Tuesday, March...

Send flowers to the Fevold family.