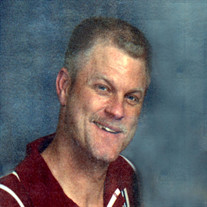 Shane Howard Corey, 53, of Fort Dodge, died on Tuesday, July 16, 2019, at Trinity Regional Medical Center in Fort Dodge. Services will be 2:00 PM on Saturday, July 20, 2019, at the Gunderson Funeral Chapel with the Rev. Dr. Michael D. Blackwell officiating. Burial will be in the Otho Cemetery. Visitation will be from 1:00 PM to 2:00 PM on Saturday at the Gunderson Funeral Home and Cremation Services in Fort Dodge. Shane Howard Corey, the son of Howard and Carol (Cater) Corey, was born October 15, 1965, in Fort Dodge. Shane was a member of the “1984” graduating class at Fort Dodge Senior High School. After graduation Shane enlisted into the United States Marines Corps. Shane was stationed in Florida and North Carolina. During his time in the Marines, he was married in Fort Dodge in 1984 and had his first child, Alexa, with his wife. After his military service Shane moved back to Fort Dodge and worked for Georgia Pacific. He later worked at Electrolux for 13 years until they closed. In 2001, he had his second child, Nick, with Robin Faulkner. Shane loved hunting, fishing and woodworking. He was a member of Trinity United Methodist Church in Fort Dodge. He is survived by his two children, Alexa (Chase) Eastwood of Fort Dodge and Nick Corey of Webster City; three grandchildren, Corben Eastwood, Freya Eastwood and Nina Eastwood all of Fort Dodge; his father, Howard Corey of Coalville; his two sisters, Kim (Don) Peart of Coalville and Jo Ann (Larry) Lennon of Duncombe; and many nieces and nephews. Shane is preceded in death by his mother, Carol Ann Corey in May of 2018.

The family of Shane Howard Corey created this Life Tributes page to make it easy to share your memories.

Send flowers to the Corey family.