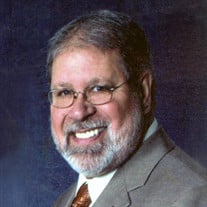 Stephen “Steve” Michael Hall, 76, of Fort Dodge, passed away on Sunday, July 5, 2020, at the Paula J. Baber Hospice Home in Fort Dodge. Funeral services will be 11:00 AM on Wednesday, July 8, 2020, at the’ Gunderson Funeral Chapel with Pastor Emily Sauer officiating. Full military honors will be conducted by the VFW Post #1856. Visitation will be from 9:00 AM until the time of service on Wednesday at the Gunderson Funeral Home and Cremation Services in Fort Dodge. Those planning to attend are encouraged to wear masks and observe social distancing. Please visit www.gundersonfuneralhome.com for a complete obituary. Steve is survived by his wife Jolene; daughter Michelle (Chase) Holmgaard of Shell Rock; Brandon (Elsa) Hall of Humboldt; Richard (Heidi) Hall of Manson; grandchildren Parker and LillyAnn Holmgaard, both of Shell Rock; brother Greg (Barb) Hall of Laurie, Missouri and sister Lisa Hall of Fort Dodge. He is also survived by Jolene‘s daughter Melissa (Richard) Monahan of Churdan and their family Megan (Andy) Carman of Jefferson, Brett Monahan of Des Moines and granddaughters Mikayla, Mackenzie, Madison and Mollie Monahan all of Churdan; nephews Sam and Jake, niece Bailey (Junkman) Wendelschafer. He was preceded in death by his parents Delmar and Susan Hall, sister Susan Hall-Junkman and nephew Chris Hall. Steve was born on April 3, 1944 in Cherokee, Iowa he was raised and educated in Manson graduating with the class of 1962. Upon graduation, he joined the Air Force and served four years. After an honorable discharge he worked in Lincoln, Nebraska for a finance company for eight years. He returned to Manson to work in the family's plumbing business until 1985 when he began his career in EMS. He worked as a paramedic specialist for Trinity Regional Medical Center until his retirement in 2003. In addition to working at the hospital he taught at ICCC as an adjunct faculty for 14 years; sharing with and touching the lives of many who went on to successful EMS careers. During this time, he worked as a security guard for an armored car service. On December 31, 2005, he was united in marriage to Jolene Mason. They made their home in Manson before moving to Fort Dodge in 2014. During his retirement he enjoyed hunting and fishing until his health prevented him from doing so, watching Cyclone (at Jolene's insistence) and Iowa sports. Family meant everything to Steve and he cherished every moment with them as well as his longtime companion Gunner. Steve being a people person never met a stranger and was always willing to help. He was a member of Saint Olaf Lutheran Church. Memorials may be left to the discretion of the family.

Send flowers to the Hall family.