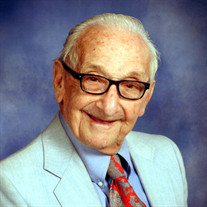 Walter “Coach” LaFollette, 97, of Fort Dodge, passed away on Friday, May 10, 2019, at the Journeys Memory Care Neighborhood of Friendship Haven. Services will be 10:30 AM on Wednesday, May 15, 2019, at the Tompkins Celebration Center at Friendship Haven. Burial will be in North Lawn Cemetery. Visitation will be on Tuesday from 4:00 PM to 7:00 PM at the Gunderson Funeral Home and Cremation Services in Fort Dodge. Walt is survived by his two sons, Gary LaFollette of Fort Dodge and Dennis LaFollette of Ely, Minnesota and his granddaughter, Andria LaFollette. He was preceded in death by his parents, his wife Barbara, his three brothers, Bob, Charles and Jim and also an infant sister Doris LaFollette. Walter Dean LaFollette, the son of Neal and Zora (Williby) LaFollette, was born May 6, 1922, in Russell, Iowa and later he graduated from Simpson College. Walt served in the United States Naval Reserve. He was discharged from the reserve in December of 1942. On May 24, 1947 Walter was united in marriage to Barbara Stevens in Des Moines, Iowa. Walt and his family moved to Fort Dodge in 1957. This is when Walt got his name Coach. Coach was the Physical Education Teacher in Fort Dodge for 27 years. He coached wrestling, pole vaulting and some football. He was also the athletic director for North Jr. High in Fort Dodge. He enjoyed all different kind of sports and was an active swimmer, fitness training and ran many 10K races well into his 70’s. Coach was active in local service organizations and would volunteered at Friendship Haven and the YMCA Youth Programs. After retirement Coach and Barb enjoyed travelling and loved to travel overseas to Europe. They would also spend their winter months at the Southwest Gulf Shores of Alabama. Barbara passed away in March of 2012 and for about the past 4 years Coach has been living at Friendship Haven. He was a former member of Trinity United Methodist Church in Fort Dodge. Memorials may be left to the Wolfpack Wrestling Club of Fort Dodge.

The family of Walter "Coach" LaFollette created this Life Tributes page to make it easy to share your memories.

Send flowers to the LaFollette family.