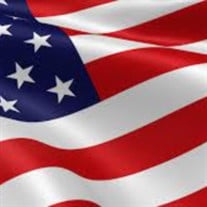 Willie A. Schmidt, 101, of Fort Dodge, died Monday, March 7, 2022, at Fort Dodge Health and Rehab. Cremation rites will be accorded with Gunderson Funeral Home & Cremation Services. In honor of Willie, and his wife Jean, who died November 6, 2020, the family will greet friends on Saturday, March 19, from 2:00 to 5:00 p.m. at Gunderson Funeral Home & Cremation Services. Family interment services will be held on a later date at Reading Township Cemetery near Farnhamville. Willie is survived by his son Gary (Cathy) Schmidt, Fort Dodge; five grandchildren, nine great grandchildren, seven great-great grandchildren; and his sister Bertha Richardson, Minnesota. He was preceded in death by his wife Jean, a son Terryl, his parents, six sisters and two brothers. Willie Arthur Schmidt, the son of Paul and Bertha (Blasing) Schmidt, was born July 8, 1920, at Farnhamville. Willie served in the U.S. Navy during World War II. On February 2,1943, Willie was united in marriage to Jean Todd in Los Angeles. Willie was employed with Douglas Aircraft in El Segundo. The family moved to Gowrie where Willie served as a police officer and in maintenance for the community and operated a trucking company with his wife. From 1982 to 2000, the couple lived in Arizona before returning to Iowa. Willie was a member of the Lutheran Church, was an avid craftsman and made beautiful rocking horses. He was also active with the Disabled American Veterans.

The family of Willie Arthur Schmidt created this Life Tributes page to make it easy to share your memories.

Send flowers to the Schmidt family.