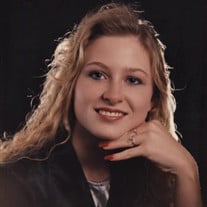 Amy (Hunter) Kirkhart, 42, of Barnum, died November 28, 2021. Memorial visitation will be held from 5:00 – 8:00 p.m. Thursday at Gunderson Funeral Home & Cremation Services. Mass of Christian Burial will be held 10:30 a.m. Friday at Holy Trinity Catholic Church. Amy Beth (Hunter) Kirkhart, daughter of Mary (Jones Hunter) Cerwick and Dennis Hunter, was born March 1, 1979, in Fort Dodge, Iowa and passed from this life on November 28, 2021. She grew up in the Fort Dodge area. She also loved spending time on her grandparents’ farm near Churdan. After graduating in the Fort Dodge Senior High Class of 1997, she attended Iowa Central Community College. She graduated with a degree in Nursing in 1999 and then worked as an RN in Des Moines and Fort Dodge. Amy was married to Mike Mericle, Darrin Hartzler and Scott Kirkhart. Amy had three children; Paige, Peyton, and Brock, who say “She always made sure her kids had what they needed, including fun.” Throughout her life, Amy always remembered the birthdays of her extended family members with a card or a gift she made. She had many talents and a passion for crafts and sewing, especially quilting, cake decorating, drawing, and writing. Shopping was another favorite pastime as she loved filling her favorite bags with a “good deal.” This then led to stopping at Taco Tico for food and Mountain Dew. Experiencing several health issues in her life, Amy did her best to remain positive while facing her challenges. Amy is survived by her three children; Paige (Robert Monson) Mericle of Fort Dodge, Peyton Mericle and Brock Mericle of Twin Lakes; her parents Mary (Christopher Sr.) Cerwick of Fort Dodge and Dennis (Pauline) Hunter of Fort Dodge; her grandchild Elouise Monson; her siblings Amanda (Dustin) Haggard, Brittany (Jason) Clark and Christopher Cerwick Jr.; her nieces and nephews Kadyn, Kamdyn, Karsyn, Quynton, Corbyn, Preslynn and CJ; and Aunt Joanna Hunter (Billy Sammons). Those who preceded her in death were her grandparents Clare and Wilma Hunter, Vera Cerwick and her uncle John Jones.

The family of Amy Beth (Hunter) Kirkhart created this Life Tributes page to make it easy to share your memories.

Send flowers to the Kirkhart family.