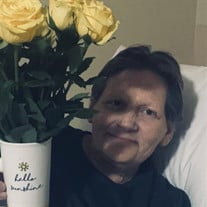 Ann Carmichael, 56, of Fort Dodge, died Wednesday March 23, 2022, at the Paula J Baber Hospice Home. A gathering of family and friends will be held from 6-8 p.m. Saturday, March 26 at Gunderson Funeral Home and Cremation Services. Ann was born in Sioux Falls, SD in 1966 to her parents Virgina and Clearence Janis. Soon after, she moved to Des Moines, Iowa, where she grew up with her four older siblings, Jean, Julie, Jay, and Joyce. Ann loved to be outside and involved in sports. She often reminisced about playing basketball, softball, and ice skating/ swimming in her neighborhood. She graduated from Dowling Catholic High school. Shortly after high school, she married her children’s father, Brian Carmichael. They lived in both Sioux Falls, SD and Minneapolis MN, before moving to Rapid City, SD where they had their two daughters. Ann was the amazing mother of two daughters; Katherine(Kat), and Maggie(Gig). In her words she “loves them more than anything.” This was proven as she raised the girls as a single mother and gave up her career to be there for them completely. She gave her all to them 100% of the time. Together, she and her girls were called the three musketeers. Ann’s favorite title was “Gams Gams.” In 2019, her grandson Atticus James(AJ) was born. Then, in 2020, her granddaughter August Rose joined. They formed a strong bond and enjoyed many activities but most of all, going on “scooter rides” in Gam’s electric wheelchair. Many of these rides would lead to the park, touching leaves along the way, to baseball games, to look at neighborhoods, and to ice cream/snow cone stops! She referred to them as “Bear” and “Honey Bee Sunshine.” She was the best Gams Gams they could have asked for. Summer was Ann’s favorite season. She loved the sun and the heat and anything that she could do outside. Other hobbies included making quilts, reading, researching , shopping, cooking, watching crime shows, going on drives, day trips, football ( Chief’s fan!), being an animal lover (especially cats), and being with her family. Ann was an incredibly compassionate and caring person. To say she was selfless would be an understatement. She was patient and kind. She was tough, and resilient. She understood people. She was brilliant and witty. Optimistic. Funny. Brave. Throughout her pain, these qualities remained. She remains in the hearts of her daughters, Kat and Gig, grandchildren AJ and Auggie, “sons” Kyle and Esteban, ex-husband and best friend, Brian, mother Virginia, three siblings Julie,Jay, and Joyce, her cat Jasper, grand-animals Snuggs and Rocket, and countless other nieces/nephews, cousins , family and friends. Ann is now reunited with her sister Jean, dad Clearance, and all her fur babies among others in Heaven.

The family of Ann Carmichael created this Life Tributes page to make it easy to share your memories.

Send flowers to the Carmichael family.