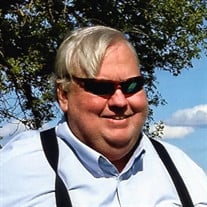 Daniel Alan Ashenfelter, 65, died Sunday, February 7, 2021, at his home in Fort Dodge, Iowa. Dan was born August 12, 1955, the son of George E. and Syrena Mae (Andrews) Ashenfelter. He attended Duncombe School and North Junior High, and graduated from Fort Dodge Senior High in 1973. He graduated from the University Of Iowa College Of Pharmacy in 1980. Dan married Natalie Grabin on July 14, 1979. They later divorced. Dan worked in various pharmacies including Disco Drug, The Medicine Chest, The Medicine Store, Clarion Hospital, Belmond, Friendship Haven, Manson, and Webster City. Dan was a model aviation enthusiast and an avid Minnesota Twins fan. He also enjoyed birdwatching. In his younger years he created pencil drawings of wildlife. Dan had a phenomenal memory and a vast knowledge of a variety of topics which amazed everyone who knew him. Dan is survived by his brother Jerry (Sue) of Le Mars, Iowa; nephews Jim, Jr., Jeff, Don, and Andy; nieces Amy, Emily, Joyce, and Julie. He was preceded in death by his parents and his brother James. Visitation will be 4-7 p.m. on Friday, February 12, 2021 at the Gunderson Funeral Home & Cremation Services in Fort Dodge. Interment of the cremains will take place at a later date at North Lawn Cemetery in Fort Dodge.

The family of Daniel Alan Ashenfelter created this Life Tributes page to make it easy to share your memories.

Send flowers to the Ashenfelter family.