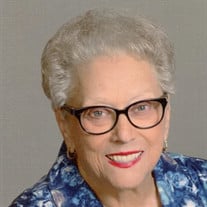 Kaye G. Berry, 76, of Fort Dodge, died Saturday, August 31, 2019, at UnityPoint- Trinity Regional Medical Center. A prayer service will be held Tuesday, September 3, at 7:00 p.m. in the Gunderson Funeral Chapel. Visitation is from 5:00 to 7:00 p.m. Tuesday at the Gunderson Funeral Home & Cremation Services. Family interment services will be held at a later date in Alabama. Memorials may be directed to The Lord’s Cupboard or to Almost Home. Kaye is survived by her sons, Matt (Leisa) Berry, Lilburn, Ga.; Dr. Mark (Dr. Elizabeth Day) Berry, Fort Dodge; her grandchildren, Kaitlin, Lindsey, Samantha and Katherine; her sister Shirley (Henry) Nichols, Birmingham, Ala.; and her close friend Peggy Grose. She was preceded in death by her husband Lewis, her parents and her brother Donald. Kaye Griffin, the daughter of Felix and Girchen (Mitchell) Griffin, was born February 1, 1943, in Lexington, Ala. She grew up in Florence, Ala., and graduated from Coffee High School at Florence. She attended Florence State University from where she received her degree. . On August 18, 1962, Kaye was united in marriage to Lewis Berry in Florence. Kaye worked in human resources in the banking industry. She lived in Alabama and Georgia before returning to Killen, Ala. Kaye moved to Fort Dodge to be near family. She was very active at First United Methodist Church, the Lord’s Cupboard and Community Bible Study.

The family of Kaye Berry created this Life Tributes page to make it easy to share your memories.

Send flowers to the Berry family.