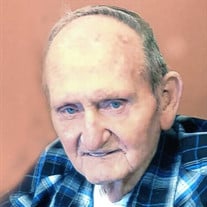 Lawrence Swanberg, 84, of Fort Dodge, passed away on Friday, January 3, 2020, at the Simpson Health Center at Friendship Haven in Fort Dodge. Funeral services will be 10:30 AM Tuesday, January 7, 2020, at the Gunderson Funeral Chapel. Burial will be in Memorial Park Cemetery. Visitation will be from 4:00 PM to 7:00 PM on Monday at the Gunderson Funeral Home and Cremation Service in Fort Dodge. Memorials may be left to the discretion of the family. Lawrence is survived by his three children and their families, Kelly (Betsy) Swanberg of Fort Dodge and their two children, Baylie (Chris) Panzi and Samantha Swanberg; Kristy Swanberg (Jimmie Crittenden) of Fort Dodge and her daughter Kourtney Swanberg and two great grandchildren, Jimmy Lee III and Jodey Lee; Kathy (Rocky) Lucero of Fort Dodge and their two children, Brad (Megan) Adson and Cody (Shannon) Lucero and great grandson Rayden. He is also survived by his brother, Lowell (Doris) Swanberg of Fort Dodge. Lawrence is preceded in death by his wife, Barbara; his parents; Verne and Ella (Garton) Swanberg; a daughter, Michelle Swanberg in 1980; a son-in-law, Kenneth Wildt in 2003; and his sister, LaVonne Porter. Lawrence Swanberg, the son of Vern and Ella (Garton) Swanberg, was born March 3, 1935, in Spencer, Iowa and grew up in Marathon, Iowa where he also attended school. Marathon High School is known as having the “Best Football Team in the State”. As a young boy Lawrence would drive truck by sitting on a milk crate because their truck didn’t have a seat. He was drafted into the United States Army and severed for 3 years from November of 1957 until his honorable discharge in November 1959. Lawrence was trained as a sharpshooter. On August 22, 1961, he was united in marriage to Barbara Smith in Omaha, Nebraska. After their marriage the couple made Fort Dodge their home. Lawrence was an over the road trucker driving truck for over 60 years, he drove for Brady, Goldsmith, Mallinger, Roysters and several others. When Lawrence and Barbara were raising their children he loved going to stock car races. His other love was the life of a Carnie. He loved traveling with his kids pulling the carnival trailers. In later years he had hip surgery but was still able to keep on trucking. For several years he and Barb enjoyed camping at the Iowa State Fair and spending their winters in Texas. Lawrence later got hurt falling on an icy parking lot and was never able to fully recover from his injuries. Lawrence never knew his real name until he filed for Social Security. His real name is Verne Lawrence Swanberg. His dog Abbie was by his side until his very last days.

Lawrence Swanberg, 84, of Fort Dodge, passed away on Friday, January 3, 2020, at the Simpson Health Center at Friendship Haven in Fort Dodge. Funeral services will be 10:30 AM Tuesday, January 7, 2020, at the Gunderson Funeral Chapel. Burial... View Obituary & Service Information

The family of Lawrence Swanberg created this Life Tributes page to make it easy to share your memories.

Lawrence Swanberg, 84, of Fort Dodge, passed away on Friday,...

Send flowers to the Swanberg family.